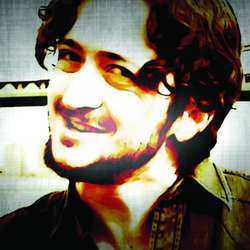 Evil forces and billionaire agendas have won the day while filling our heads with iPhone ecstasy and PlayStation porn. Can Lee Camp act as our time bomb of reason, jarring us awake, satirizing us into consciousness? Destruction! Camp explores the corporate/banker hold on the world and the dark idea of profit over people. Distraction! We're able to ignore the devastation by focusing our attention on the non-events of life - endless shopping and meaningless media charades. Evolution? We are in the midst of a global awakening, but can we embrace it? This is a brand new hour of cultural commentary at its toughest, funniest, and perhaps most critical.

With a psychoanalyst military father, perhaps it's surprising that Lee is fast becoming one of the States' most prolific political activist commentator comedians and has already been banned from various media outlets (Fox News for one) for his truthful observations.

Lee was merely 12 when he started writing comedy and a few years later his columns were printed in his high school and university newspapers. He has since gone on to publish three books, release four CDs, appear on myriad of radio and TV programmes (including Good Morning America, BBC Radio 4's Political Animal and BBC Two's Newsnight), become a known supporter of Occupy Wall Street (he was there on the first night), collaborate with Zeitgeist Movement founder Peter Joseph, write for America's news websites The Onion and The Huffington Post, and feature at events that also included President Obama, Bill and Hillary Clinton and Al Gore. His web series, Moment of Clarity, began in 2011 and is now on its 230th episode, having been seen all over the world. Camp went viral in 2008 when he appeared live on Fox News and, instead of sticking to the script, called the Murdoch-owned network 'a parade of propaganda and festival of ignorance'.