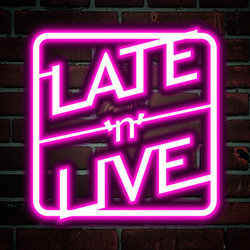 Returning for its 27th year, Late 'n' Live, the original, best and latest night show on the Fringe, is back- bigger and better than ever presenting unadulterated comedy mayhem to tickle the fancy of every subversive night owl.

Comperes for 2013 include Patrick Monahan, Gordon Southern, Ben Norris and Tommy Little with more to be announced.

After the comedy, live music from the Gilded Balloon's fabulous house bands Blueswater, Bex and the Bullets, The Victorian Trout Conspiracy, Novalounge and the Rob Deering Band will be providing the live tunes to dance into the wee small hours. Gilded Balloon's 5am license makes it the only place to see the ultimate in comedy and subversive entertainment where literally anything has, can and will happen.

Watch on as the UK's finest comedy talent fend for themselves in this infamous "comedy abbatoir" (Scotsman).