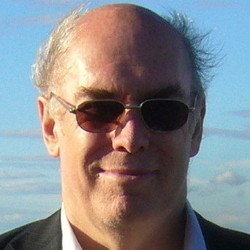 Hottest Fringe comedy acts chat with daily blogger John Fleming - the Chortle comedy industry website called him 'the Boswell of the alternative comedy scene'. And there's usually going to be regular guest Kate Copstick, the Scotsman's most feared and influential critic. With laughs, rude language, scandalous anecdotes and (with luck) gross offensiveness and possibly even nudity. Who knows? Free to get in, pay what you want to leave. Or buy a ticket in advance. You can read John's daily blog at www.blog.thejohnfleming.com. Guests will be announced on www.thejohnfleming.com.

John says he used to blog for the Huffington Post until they pissed him off and he is perhaps oddly often published on the Indian news site WSN. Before that, among many other things, John was a TV researcher on Tiswas, Game For a Laugh, Surprise Surprise, The Last Resort With Jonathan Ross etc.

His books include Malcolm Hardee's autobiography I Stole Freddie Mercury's Birthday Cake and, as editor, Scots comedian Janey Godley's best-selling autobiography Handstands in the Dark and the anthology Sit-Down Comedy featuring short stories by 19 stand-up comics. He is or he might be:

"The Boswell of the alternative comedy scene" (chortle.co.uk)

"Ever-wise... Ever-great... Agree with him or not, there's research and opinion and everything." (Such Small Portions)

Chris Tarrant once told him: "You are on your own planet. Stay there." John is not sure if this was a compliment or an insult.

Regular guest on the chat show (unless she gets offered shedloads of money to do something else one afternoon) is Kate Copstick, the Scotsman's most feared and influential critic, who has promised a daily "Fringe tirade" as well as gossip and her daily Pick of The Fringe.

The show is billed as having laughs, rude language, scandalous anecdotes and (with luck) gross offensiveness and possibly even nudity because it takes place at the new Bob Slayer venue Bob's Bookshop - and because Bob Slayer claims he was inspired to enter the comedy business by reading Malcolm Hardee's outrageous autobiography...

The afternoon chat show is Monday-Friday in the final week of the Fringe and leads up to the Malcolm Hardee Awards Show straddling midnight on the final Friday.

John was born in Campbeltown, Scotland.