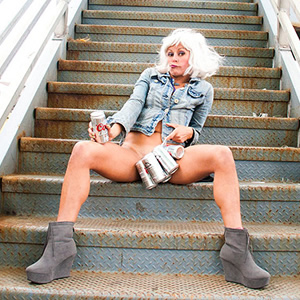 The results of the Malcolm Hardee Comedy Awards 2013 were announced during a two hour variety show in the ballroom of The Counting House at the Edinburgh Fringe last night.

Adrienne Truscott, who is performing a show at the Fringe called Adrienne Truscott's Asking for It: A One-Lady Rape About Comedy Starring Her Pussy and Little Else! has won The Malcolm Hardee Award For Comic Originality.

Truscott has been performing the show naked from the waist down. Kate Copstick, one of the judges on the panel choosing the winners, says: "This show is brutal, brilliant and brave. It is painfully funny and if you miss it you will miss the moment in the history of stand-up comedy wherein a woman actually took the genre and did something with it that no man could do."

The Scotsman reviewer adds: "It is an extraordinary hour. All the more so because Adrienne Truscott isn't even (or wasn't until now) a stand-up. She is one half of the fabulous Wau Wau Sisters but, 'wau', is she sticking it to 'em now." 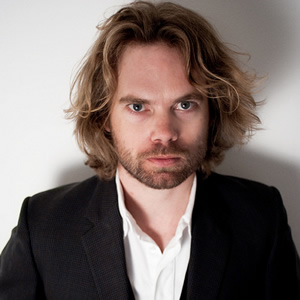 The Malcolm Hardee Cunning Stunt Award was this year presented to Barry Ferns. The stand-up who is performing in various shows at the festival, including one on the top of local peak Arthur's Seat, was recognised for his unique publicity stunt.

Ferns printed and distributed 2,000 fake copies of Fringe review newspaper sheet Broadway Baby in which his own comedy show was given six stars and the review: "This is without doubt the best comedy show I have ever seen, or am likely to see in the rest of my life... A phenomenal show. Better than life itself."

Later he issued a second fake issue with the headline 'Fosters Award Nominations Announced'. The sheets featured an entirely fictitious nominations list featuring the name Barry Ferns in both the Best Newcomer and Main Prize list. Members of the public were seen picking up and reading the news in various venues.

The judging panel said the stunt was "in the glorious footsteps of Malcolm himself". The comedian after whom the awards are named once wrote a glowing review of his own Edinburgh Fringe show and submitted it to The Scotsman in the name of their comedy critic.

As already announced, the one-off Malcolm Hardee 'Pound Of Flesh' Award goes to double-act Ellis & Rose for their painful publicity stunt. The duo concocted a story that they had been attacked in the street following bad reviews, however to make their story more realistic Richard Rose punched Gareth Ellis until he got a black eye. The duo have released a video showing the painful creation of the black eye.

The judging panel said the award was for the double act's "relentless pursuit of the kind of publicity money cannot - and perhaps should not - buy."

The Malcolm Hardee Awards, which started in the mid-2000s, are given in memory of "one of the most anarchic figures of his era", Malcolm Hardee, who drowned in 2005, and aim to recognise comedians at the festival who are taking part in the 'true anarchic spirit of the Edinburgh Fringe'. The awards will run until 2017... because that's the number of trophies that have been made, and organiser John Fleming is not planning to order any more.