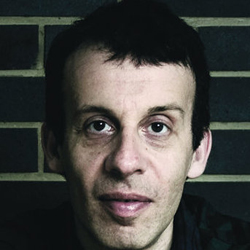 No latecomers. Under 14's should be accompanied by an over 14yr old.

Actor, writer, comedian David Schneider - you know, him, that one from Alan Partridge and The Day Today - tries to justify those wasted hours on Twitter. Why Facebook's like a Jewish mother, the dullest tweet ever, dogs that look like Samuel L. Jackson and what to do if the internet breaks down. Desperate to see the 2012 Olympics performed by a 50-year old man in three minutes? Then this is the show for you. Suitable for those who love/hate/are indifferent to the internet. 'Smart, unpredictable, hilarious' (Independent).