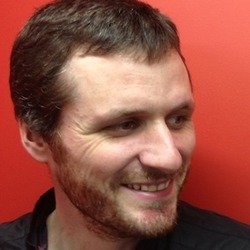 Could six months living in Auntie Anne's conservatory push you over the edge? Find out in this hilarious debut show from Leicester Mercury Comedian of the Year nominee 2013. 'If there is better stand-up elsewhere for free then I want to know about it, because it really would have to be world class to top this show... top quality stand-up' **** (ThreeWeeks, Aug 2010). 'An outstanding headliner' (Barnfield Theatre Exeter, Feb 2012).