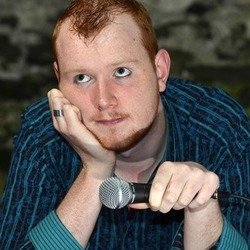 Founder and host of the well received Comedy Den in Cardiff, Charlie Smith brings his new show, Too Tall for the Ride to Edinburgh. Join Ireland's tallest comedian as he unravels the world through his unique point of view, and discusses his growing battle against the conventions of everyday life in an absurd way. Born and bred in the West of Ireland, where Botox is produced by the truckload and where reality is unimportant. So join Charlie for an hour of hilarious stand-up along with a handful of surreal devilment.