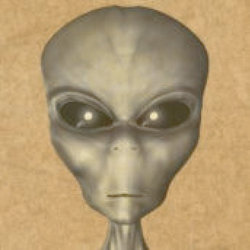 A damsel in distress. A rookie gunslinger. Six of the meanest badasses the Wild West has ever seen. And some aliens... Without you, our heroes don't stand a chance! From the people who brought you The Dead! **** (Scotsman), nominated for Best Free Show 2011. What the critics said about The Dead! 'Laugh-out-loud ... Extremely funny ... Anarchic humour ... Hilarious one-liners ... Executed with great panache' (Scotsman). The Good, the Bad and the Extraterrestrials, the only interactive sci-fi/western comedy you need see! Check out our Wanted posters for this year's Critters Are Here competition!