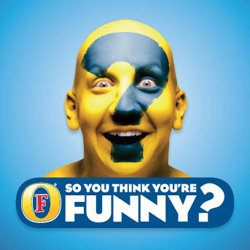 Twenty-five years of the best stand-up comedy competition in the UK, we have whittled it down to the best from hundreds of entries. Previous winners include Dylan Moran, Peter Kay and Lee Mack. 'The final was the biggest gig I had ever done. Peter Kay hosted it and Russell Howard, Jimmy Carr, Andy Zaltzman and Josie Long were in the final. Winning it definitely gave me the confidence to keep writing the sort of crappy jokes and songs I still do today' (David O'Doherty).