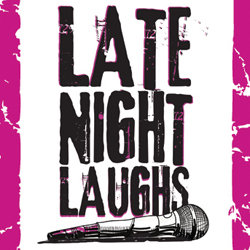 Edinburgh's newest stand-up showcase bounces into the Balloon. Six of the freshest and most exciting new talents in comedy will rotate through the four slots in this hour long show - the line-up will change night to night, but the laughs will always be present and correct. The shows will include Angela Barnes (Russell Howard's Good News, BBC 3), Patrick Morris (So You Think You're Funny?, semi finalist), Romesh Ranganathan (The Comedy Store, Comedy Central), Matt Richardson (So You Think You're Funny?, finalist), Ellie Taylor (8 Out of 10 Cats, Channel 4), Paul Sweeney (Edinburgh Fringe star 2010).