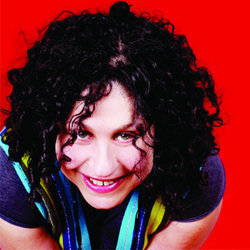 Like her favourite flour, Juliet is self-raised, but has she equipped herself for life's dramas? In this show about received wisdom, Juliet takes us on a journey of optimism, pessimism, repressed anger, and occasional joy, as she discusses dysfunctional parents, being an outsider, redundancy, faux spirituality, winking at dogs and loathing fridge magnets. Juliet has written for The Sarah Millican Television Programme, 8 Out Of 10 Cats and Radio 4's News Quiz. 'Devilish ... jokes out of nowhere' (Scotsman). 'A laugh-out-loud funny show that resonates' **** (Chortle.co.uk). 'Exceptionally funny' (Independent). Twitter: @julietmeyers.