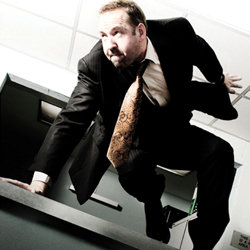 Serving cop Alfie's thrilling insight into life on the front line will alter your perspective on the boys in blue revealing what it's like on the other side of the riot shield. Last year he actually did predict a riot! A charismatic and hilarious raconteur, this irrepressible story teller shows his everyman likeability revealing the mundane and the macabre about life on his beat. He'll shock, enlighten, challenge and entertain. Find out what it's really like on the beat. As seen on ITV's Show Me The Funny. 'He's a very funny man' (Rhod Gilbert).