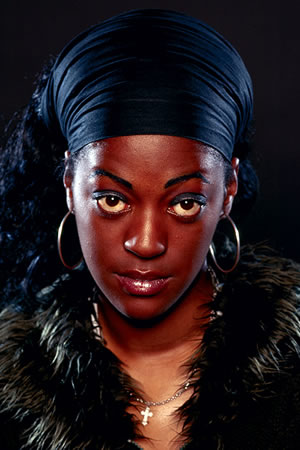 Ada Vidal comes out onto the stage at The Stand to Madonna's Sorry, the chorus of which contains the line "I've heard it all before", repeated several times. I felt like this when watching her performance.

The main theme of Vidal's show, The Hardest Word, is about her attempt to apologise for things she has done wrong, especially when she got involved in an argument with a fellow comedian at a previous Fringe. However, she also deals with the subjects of race and prejudice, themes she has covered many times previously.

The show also includes tales of her travels in Sweden, Australia and India, with her looking at the prejudices there. For example, although Australia is a country which holds an entire day to apologise to the Aborigines, it still has prejudices of other kinds, as is demonstrated by the tale she tells about what was said when she was in make-up for the Australian comedy show Good News Week.

For me the funniest bit was when she read out examples of apologies sent to her by people visiting her show or her website. Many of these anecdotes were actually more amusing that much of Vidal's show, which for me is not a good sign.

One of the other topics Vidal covered is her dislike of patronising reviews. I would like to say that if Vidal finds any of this review patronising then I am sorry.