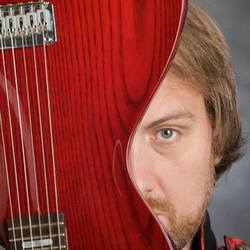 From BBC Radio 4's Now Show and BBC1's One Show and Watchdog, Mitch makes his first solo Fringe appearance in 12 years with an intimate hour of comedy and songs. Described by the Times as 'The country's leading musical satirist,' he has well over a million Youtube views and in late 2010 his single I'm Proud of the BBC reached No. 11 in the Official Independent Singles Chart. 'Well crafted, well sung, his songs are just plain funny' (Guardian). 'Song after song of exquisitely crafted satire' (Scotsman).