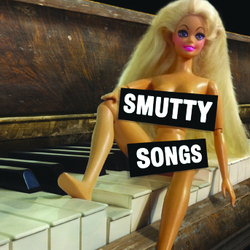 Amateur Transplants front man Adam Kay is going to sing you some smutty songs. Fringe sell-out 2005-2010. 'This made me very, very happy' (Stephen Fry). 'Genius' (Radio 1). 'Adam has devalued the currency of swearing. I can't say c*** any more' (Tim Minchin). 'This is a wonderfully funny way to spend an hour. And yes, he does The London Underground song. A comedy classic' (Scotsman). NB - unlike the vast majority of musical comedy, this is actually funny.

To celebrate his solo debut show at The Edinburgh Festival Fringe, Amateur Transplants frontman, Adam Kay, is going to sing you some smutty songs.

Fringe sell-outs from 2005-10 Amateur Transplants are one of the comedy world's best kept secrets - an underground phenomenon.

In the twelve years since they began performing, Amateur Transplants have developed a fan base the size of which most comedians would happily sell their kidneys for. With sell-out tours and Edinburgh Festival seasons (they also sold out the O2 Indigo Arena last year), their cutting-edge, darkly humorous re-imaginings of modern day pop and rock classics have gained them a cult following across the UK.

Their London Underground Song has been in the iTunes comedy top ten continuously since 2008 and has become an internet phenomenon with over 7 million hits.

Adam started performing with Suman Biswas in 1998, having met at medical school, quickly becoming well-known amongst the medical community. Abandoning medical in-jokes for songs with wider appeal, they took their first show up to the Edinburgh Festival Fringe in 2005, achieving a sell-out run. They have since sold out Edinburgh runs in 2006, 2007, 2008, 2009 and 2010.

They completed their first national tour in 2010, selling over 6,000 across all 14 dates including London's Indigo2 venue within the O2 complex.

They have recorded four albums, Fitness to Practice and Unfit to Practise and a live album, In Theatre. They offset some of their bad karma caused by all the swearing by donating a proportion of album sales to Macmillan Cancer Support. They are proud to have donated in excess of £30,000. They have consistently held Top Ten positions in both the iTunes Comedy singles and albums charts since 2008, and have multiple YouTube videos with in excess of a million views. Their 2010 Christmas Album went straight into the iTunes Comedy charts, knocking Tim Minchin off top place.

Adam has comedy writing credits including for BBC2, BBC3 and BBC Radio 4, has spoken at the Cambridge Union and the Times Cheltenham Literary Festival, and his first book How to be a bogus doctor is due for publication this Christmas.