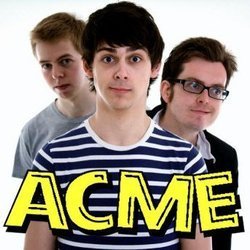 Three of 2010's So You Think You're Funny finalists join forces to bring a hilarious hour of stand-up goodness. Expect deadpan one-liners, maniacal anecdotes and cerebral logic. There's something for everyone with these talented young comics. Between them they have appeared in 13 New Act competition finals and are certainly ones to watch for the future.