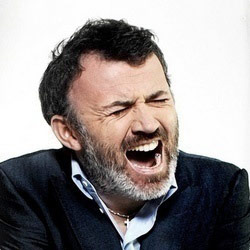 Fresh from his sell-out solo tour of Australia and New Zealand and his third appearance on 'The Late Show With David Letterman', multi-award-winning Irish comedian Tommy Tiernan returns to the Edinburgh Festival Fringe. A fearless force of energy, Tiernan is inspiring and one of the few comics to take his audience on a genuine emotional journey as he continues his constant interrogation of the big ideas - sex, religion, family. High intensity, high octane, a no-holds-barred roller coaster ride. 'This man is funny' ***** (Metro); 'Hilarious' ***** (Chortle.co.uk).