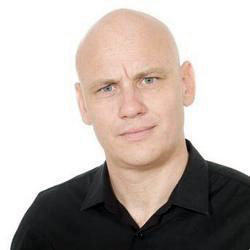 Terry holds the record for the most encores at the Comedy Store. He's appeared at The Royal Variety Performance and has been nominated for the Edinburgh Comedy Awards. Following sell-out tours of the UK, Australia and New Zealand, he returns to the Fringe. 'A mind-blowing whirlwind of physical and verbal clowning' (Evening Standard); 'Brilliant, always funny' (List); 'Spot-on accents, powerful sound effects, impressive beatboxing and instant characterisations delivered with the force and speed of a bullet train. The vocal range is amazing and the energy is irresistible' (Chortle.co.uk). Total sell-out 2009, book early to avoid disappointment.