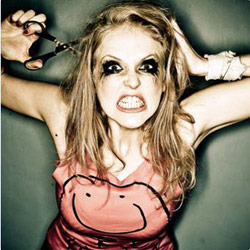 Since moving to the UK from the US, Loretta has been disappointed by people's inability to see her genius. She is an incredible talent, as we can see on her two self-released EPs 'I Had Your Baby But I Threw it in the River' and the current 'I'm Not Drunk, I Just Need to Talk to You'. Loretta is performing at the festival to promote the latter EP with her band DogVagina, singing hits like 'C**k-Sucking Motherf**ker' and telling tales of her shitty life. 'She's Fantastic' (Time Out).