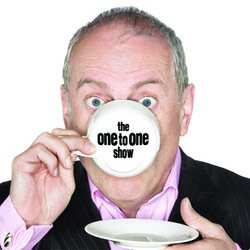 Gyles and the stars he's met - one to one. From politics and show business to the Queen and 'Countdown', without hesitation or repetition (and just a touch of deviation) Gyles delivers a dazzling sixty minutes of wit, wordplay and hilarious name-dropping. He's previously scored multiple five-stars and won the Most Popular Show of the Fringe Award. 'His performance should be required viewing for anyone who fancies themselves as a comedian' (Scotsman); 'Incredibly funny, wildly indiscreet. Britain's best raconteur' (Daily Mail); 'Brilliant. A serious talent for making people laugh' (Daily Mirror).