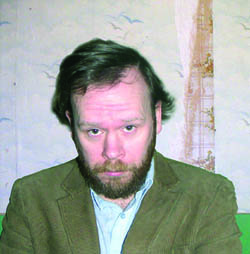 The Malcolm Hardee Award nominee returns. Pioneering stand-up comedy from the eminent physician and polymath. 'As sick as Jim Jeffries, but with the vocabulary of Stephen Fry ... some of the most hilariously bad taste lines of the Festival' **** (Chortle.co.uk); 'Piercing our brain sacks with images and similes which will linger long in the mind' **** (List); **** (ThreeWeeks); 'Comedy's answer to a burst colostomy bag' (Guardian); 'Wicked, twisted, deliciously dark' (Time Out).