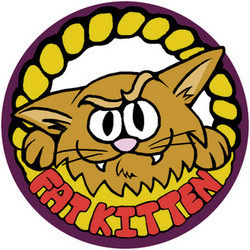 East London's Fat Kitten Improv take on seven different guest groups from around the UK in a furious improv comedy smackdown. Intelligent, fast-paced spontaneity, every joke a fist of fresh, improvised joy. You, the audience decide the victor! Each night we'll be challenging a different group to a head-to-head improv to the death. Actual death not guaranteed. Or indeed endorsed. But you get the idea. A mix of Whose Line Is It Anyway style head-to-head and team games to amuse and delight.

Tired of the peaceful, soporific atmosphere of the parts of East London more noted for stabbings and riots, Fat Kitten improv bring their brand of overeducated, underemployed improv chaos down on the heads of a series of invited guest groups.

An evening of competitive improv games, some original, some classics. Tested on London audiences (not animals). An attempt to revive the reputation of short-form improv games for speed, punch, pace and wit. It's a bit like Run DMC vs Jason Nevins It's Like That, but with less freestyle rapping and more jokes.