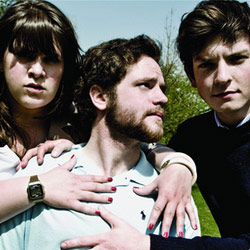 Charmed Forces have arrived in Afghanistan to entertain the troops with their variety act. Having met with moderate success at some small British coastal holiday resorts, the team behind Charmed Forces hope that their distinctive act, including songs, plays and games, will be well received by the soldiers. 'Superlative talent' **** (ThreeWeeks); 'Lightning fast comedy' **** (Fest).