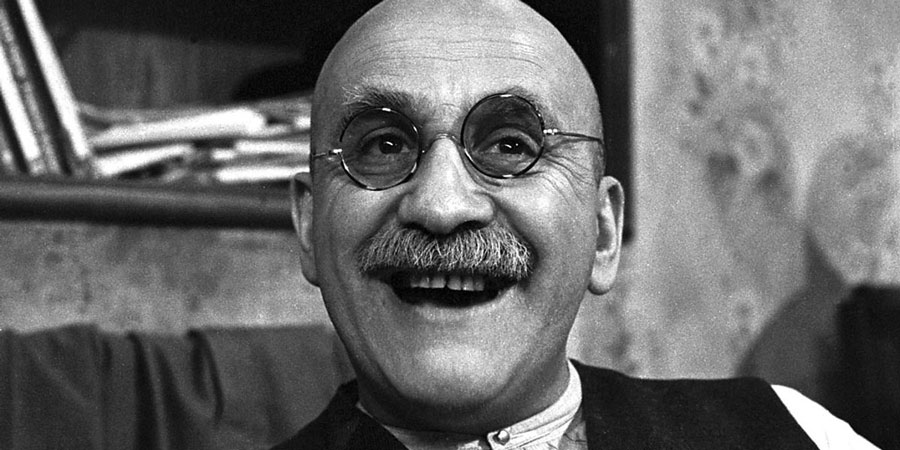 Opinionated Alf Garnett reels off a string of misinformed, bigoted, reactionary opinions each week, to the chagrin of his family

Political correctness - has it left a permanent scarring on the sitcom landscape?

Would Alf be able to strut his semi-fascist, male chauvinist etc stuff in today's climate?

Yes and no, in that order.

There's a place for sensitivity, but we seem to have gone over and beyond the 'call of duty' and stifled creativity, free speech, and God help me for saying it, art.

I didn't enjoy watching it, whether I got the joke or not.
So, no, not if I was in charge,

All I can say is that there are plenty of Garnett households still around.

If sitcoms are supposed, as with all drama-related material, to hold some kind of mirror up to society, then for sure there is one duty being failed in the name of 'unwillingness to offer offence'.

All I can say is that there are plenty of Garnett households still around.

Yes, and I wouldn't want to spend half an hour in their houses either.

Aww, bless zooo, getting all liberal and whatnot!

Whether I would actually like the show or not, I don't know. But the point is that it wouldn't get an airing because of its politically incorrect nature, which is a worrying and dangerous place for us, as a society, to be in, IMO.

Yes, and I wouldn't want to spend half an hour in their houses either.

And I would not want to spend 5 minutes in Bernard Black's bookshop or Captain Blackadder's trench.

You are missing (and proving) the point absolutely.

Glad to be of service.

Any chance of you explaining what your point is in normal English?

Only yesterday i watched the movie and i can say it wouldn't be aired and thats a shame i loved the situation he got in.

I never actually saw an Alf Garnett who was strutting his stuff - he was the Little Englander, closed to change, defensive, unable to accept people of a different colour, stuck in his ways - not nasty just very misguided. Most of his rants were written to make him look stupid in the end because he was always outwitted. Johnny Speight never intended his character to be a hero - more a buffoon - and yet people empathised with him. UKGold have repeated this in the past 10 years and I don't see why it couldn't be shown again.

Any chance of you explaining what your point is in normal English?


The question is whether it would not be broadcast now BECAUSE of the politically incorrect nature.

And I would not want to spend 5 minutes in Bernard Black's bookshop or Captain Blackadder's trench.

You are missing (and proving) the point absolutely.

I mean this point.

I get that they weren't saying oh aren't racist people lovely.

But as someone said, it was of its time. Why do we need to see that show again? We have shows now that aren't 'politically correct' (to some) that deal with the same issues. And demonstrate them for people now.

I agree with whoever it was that said Alf Garnet is off it's time. It seems very dated now. However, I do think you can have characters saying offensive things nowadays to highlight their ignorance etc. Both The Office and Extras did this.

Ah, ok. Well I think (?) Jolanta was more using Till Death Us Do Part as an example of the type of and approach to comedy, rather than talking about this and ONLY this specific show.

But anyway, on your point of repeats, I'd love to show this and any show repeated. As Alan said, it was on UK Gold in the 90s. The modern UKTV Gold plays about 6 or 7 shows ad infinitum.

Basically, I'm f**ked off about the lack of variety in repeats, and Jolanta's asking about modern TV/society's attitude towards certain types of content.

Time Gentlemen Please is probably the closest show we've had, but even then it's pretty jokey and clearly not meant to be taken seriously.

Ok, for the hard of understanding let me make this crystal clear.

I dispute absolutely the idea that the racist, bigotted, male chauvinist household head has in any way disappeared from British society.

'Of its time'? Bollocks.

There is plenty of scope and justification for this type of character to make a re-appearance but the point is that it will not BECAUSE we pretend that it HAS disappeared and we have a bizarre take on things i.e. the best way to deal with unpleasant things is not to talk about them... rather than have the guts to show them up for what they are and lampoon them, as they did in the 60's.