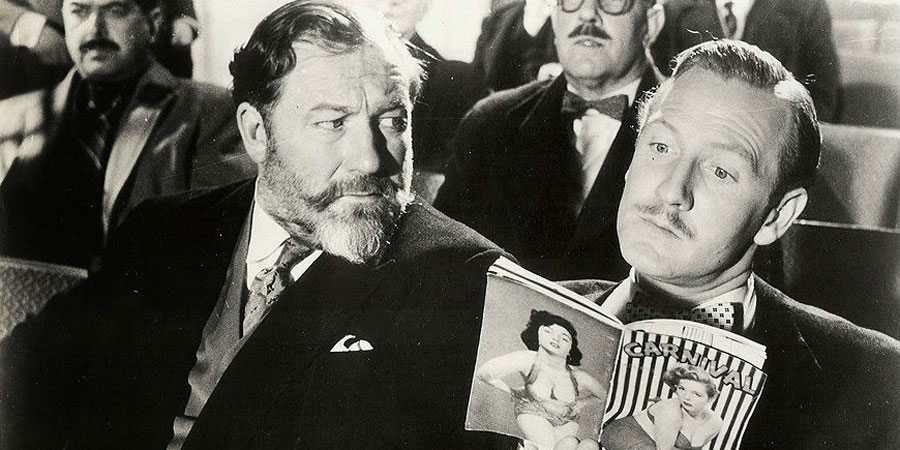 1961 film spoofing stiff-upper-lipped war dramas, starring James Robertson Justice as a bombastic scientist who ends up in a PoW camp

Esteemed scientist and engineer Sir Earnest Farse is being honoured on television programme Memory Album when he is prompted to recall a somewhat eventful few months during the Second World War...

Sent on a top secret, undercover reconnaissance mission over Germany at the direct request of the War Cabinet, the Professor - then the Director of Applied Aeronautical Science at a high-tech research base - finds himself shot down and held by the Nazis at a PoW camp.

In the guise of Royal Navy Lieutenant Farrow, his presence, demeanour - and fluent German - initially raise his fellow captives' suspicions, but when a coded order from Churchill himself arrives insisting that Farrow be helped to escape as a priority, it's all hands on deck to assist the crotchety genius's plans.