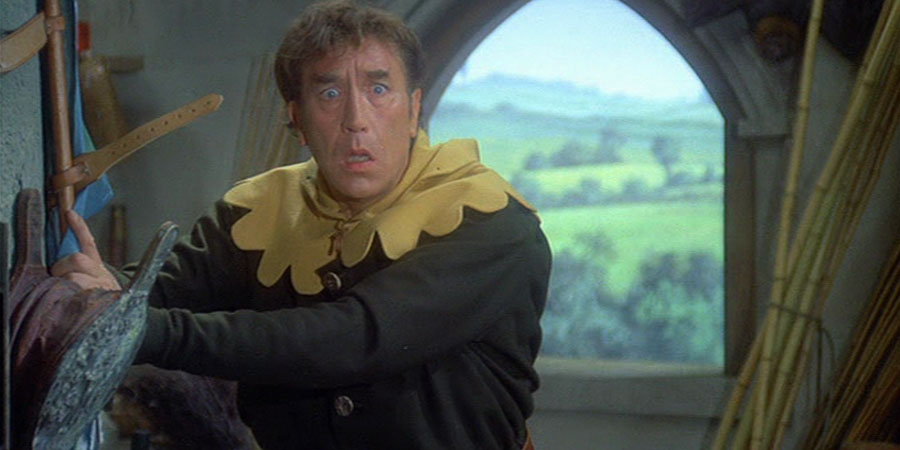 Up The Chastity Belt

Having been raised by pigs, lowly serf Lurkalot has risen to the favour of impoverished local landowner Sir Coward de Custard, for whom he acts as general dogsbody and occasional inventor - having a particular talent with lock mechanisms.

Meanwhile, with King Richard away in the Holy Land for some 15 years, his dastardly brother John has seized the throne, and his favourite nobles are running rife across England, notably Sir Braggart de Bombast, who has his eyes set on not only Custard Castle, but also Sir Coward's beautiful young daughter!

When Sir Coward ventures to join his King on Crusade, Sir Braggart takes his chance and seizes the Custard lands. It seems that Lurkalot is the only one willing (if not necessarily able) to stand up for his master in this hour of need, and he sets off to the Holy Land alone, to bring King Richard the Lionheart back home - and hopefully, discover his true identity along the way.

Tagline
Frankie Howerd is the Funniest Knight of the Year!
Part of