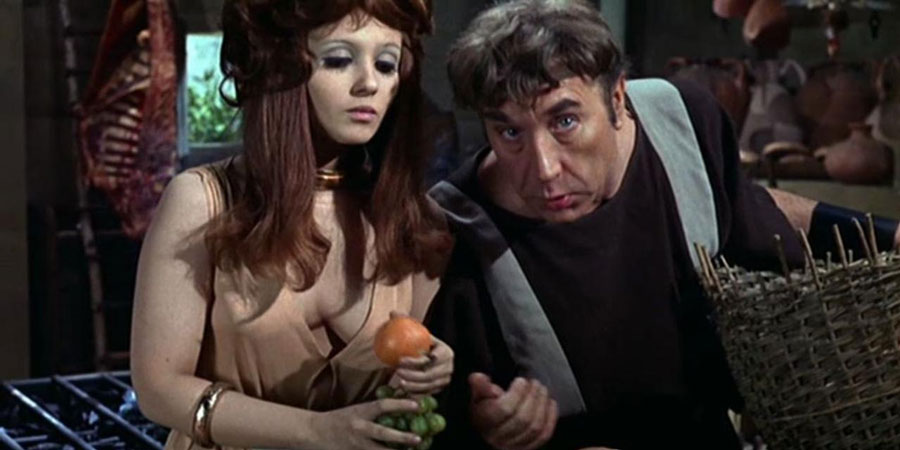 After a chance encounter in the market, slave Lurcio is sucked into a webb of deceit and intrigue as Prosperus Maximus and a band of followers plot to assassinate Emperor Nero.

When he unwittingly becomes holder of a list of their names, the would-be assassins resolve to dispatch both him and his master, Ludicrus Sextus. The plotters, however, reckon without the smarts and hapless luck of the slave, and miscalculate the effect of his master's honesty.

Soon Lurcio is under the employ of Nero himself, who is well aware of the plot - but he's not all he seems, and the gods are none best pleased at the Pompeii inhabitants' actions...

Production company
Soundtrack
The title song was written by Ken Howard and Alan Blaikely, with all other music composed and conducted by Carl Davis.
Laugh track
None