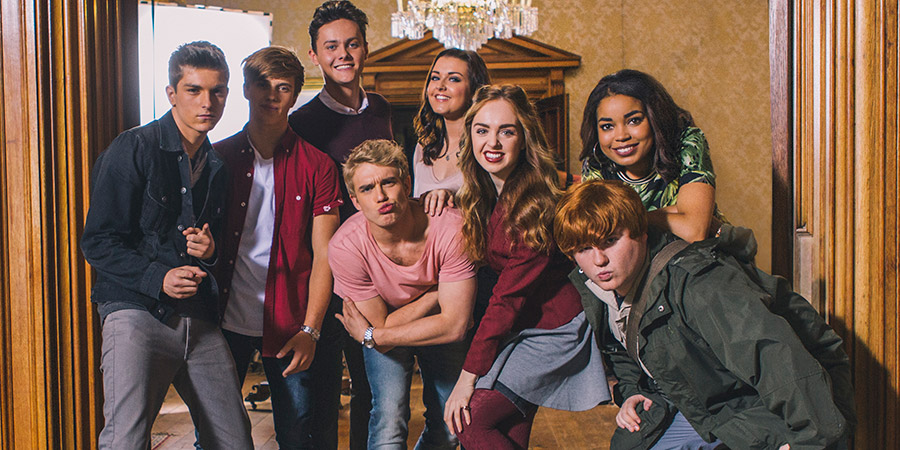 Up All Night sees the gang heading off for a holiday road trip together, which very quickly turns into a total nightmare - in more ways than one. Their van breaks down outside a creepy old mansion; there's no phone signal and no alternative but to knock on the door and ask for help. Big mistake.

Caleb and Clara, an oddly welcoming but sinister brother and sister who live there, are definitely hiding something. Turns out, what they're hiding is that this creepy old mansion is haunted, and it's about to be knocked down. The gang's divided loyalties play havoc with their conscience - run away from their new oddball friends or pay back their kindness?

They decide to do all they can to save the house with a special Friday Download music festival. Big mistake number 2: It seems the house has some secrets that suggest it would be best if it was knocked down after all...