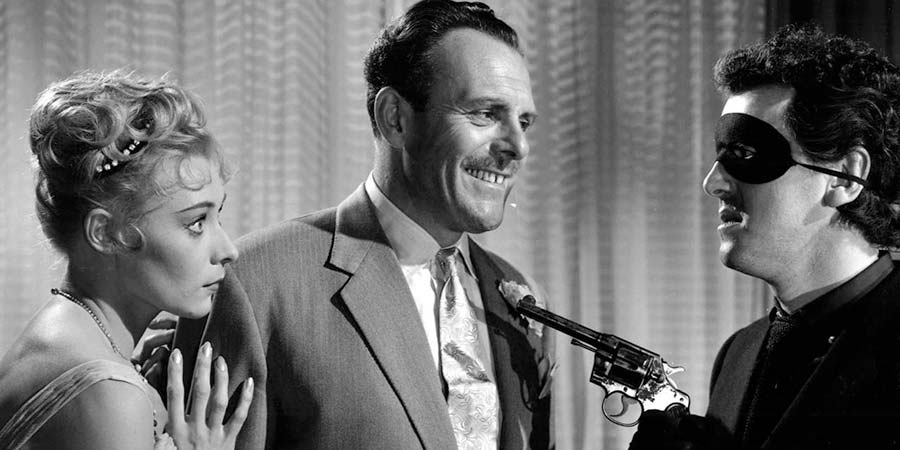 A rag-tag gang of crooks - Fingers, Sid, Charmaine, Snowdrop and Whisper - have botched yet another job. Current leader Fingers is thoroughly incompetent, but convinces his compadres to trust him with one more plan: rob a millionaire. He's known to be distrusting of banks, if not fiddling his taxes, so it's a simple office robbery rather than a bank job to relieve him of his fortune.

Predictably, however, their plan falls apart when their target - Billy Gordon - proves to be in his office late, romancing his secretary, and manages once more to illustrate Fingers's fecklessness. But all is not lost for the quintet, as they have gained vital information about Gordon and his beloved daughter, Angela. Now they have kidnap and ransom in mind!

Descending upon the Gordon family house in the dead of night, the team successfully put their daring plot into action. Alas, having made their getaway, it is not for a number of hours that they realise they have in fact bundled out the middle-aged wife that Billy is only too happy to do without!