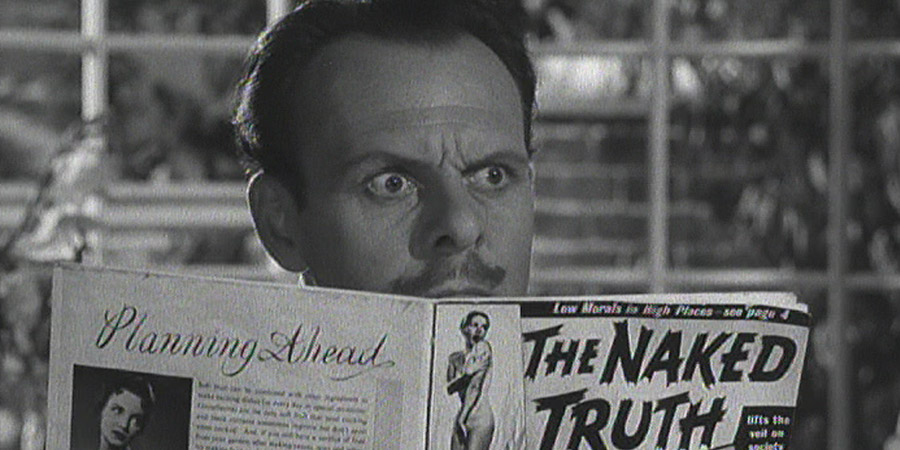 Inspired by American gossip-rags, down on his luck journalist Nigel Dennis believes he has concocted the perfect ruse. Collecting up all manner of scandalous stories about businessmen, politicians, celebrities, authors, and ordinary men and women, he intends to publish his own periodical, 'The Naked Truth', using a loophole in the law to tell all of their sordid secrets and make their identities clear, whilst never actually naming them in the respective articles - thus avoiding any possibility of being sued. That is, of course, unless they pay him the sum of £10,000 each for his silence...

Unfortunately for Dennis, his latest targets are not about to play ball. Crime novelist Flora Ransom believes she has plenty of inspiration in her own stories, and that of her heroes and contemporaries, to get rid of the problem - and she's already known for acting out her fiendish plots whilst writing, thus affording the perfect excuse for all many of otherwise shady activity.

Melissa Wright, a young woman engaged to a Texan oil heir, has far more honest intentions, but doesn't feel she can report her blackmailer to the police without backup. Meanwhile, television comedian Sonny MacGregor hides a nasty streak, and believes his own talent for disguise and a variety of character creations to offer a foolproof means of escape after taking Dennis's life himself.

And then there's insurance company chief Lord Mayley, an affable fellow who initially intends to persuade and delay the payment he is being asked to make.

As each party circles around Dennis, and he around them, they increasingly come into contact with one another. However, with a heady mix of mistakes, bad fortune and downright incompetency, they only manage to come off worse themselves. It's time for the group to begin working together if they are to be rid of their common worry, and Mayley may just have the plan.