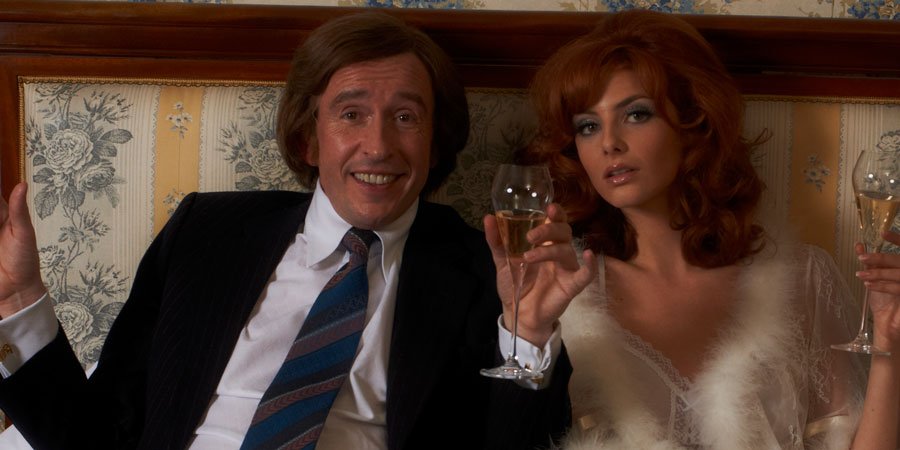 The Look Of Love

Comic dramatisation of the life of Paul Raymond, the pornography publisher and strip-club owner who amassed a multi-hundred-million pound fortune and became known as the "King of Soho" due to his impressive array of properties and business ventures based in the central London district.

Raymond's personal life was as colourful as his revue shows. His marriage to Jean, a nude dancer and choreographer, ended in a difficult divorce when he met Fiona - a glamour model who became the famous pin-up star of his magazines and shows. His daughter Debbie was the true love of his life, his business partner and heir to his empire - until her tragic and untimely death aged 36. Three weeks later Raymond was named Britain's richest man and his fortune put at £1.5 billion.

Steve Coogan says of the film: "Like 24 Hour Party People, it's a very British story about an eccentric character at the centre of pivotal events in British culture. I love the film. It has that strange combination of comedy and tragedy that Michael Winterbottom manages to pull off with a real deftness of touch. Like very few films these days it's actually about something without being portentous. Oh and there's lots of naked ladies in it too!"