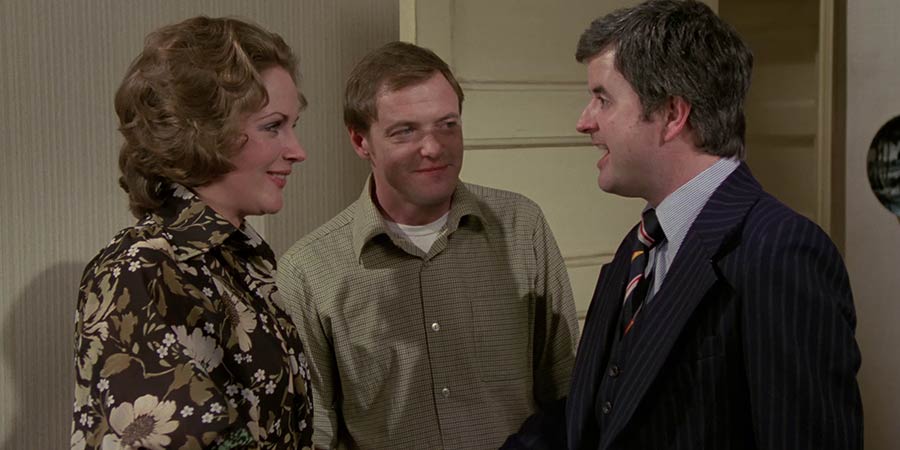 Bob and Terry's life-long friendship is put to the test when Bob finds Terry no longer has time for their weekly drinks and time away from life's other distractions.

Rather put-out at having missed his much-loved catch-up with his best mate, Bob's shocked to discover the reason: Terry's got a bird - and a seemingly rather classy one, at that! Chris - Christina - is a Finnish beauty who works at a local ladies' fashion boutique, and with his parents on holiday for a month the pair are living almost as man-and-wife in the Colliers' top-floor flat.

Unfortunately, Bob's already feeling rather down, with his childhood home having just been demolished to make way for redevelopment of the entire neighbourhood. After all these years, and having had all those dreams, he's facing his own early-onset mid-life crisis: he may have a wife, a job and have moved up in the world, but what does it amount to?

Thelma, however, is delighted to learn of Terry's romance and wastes no time in doing her bit to cement the relationship. After all, if Terry's married off he'll have far less time to distract Bob, and under a sensible female influence is sure to be a more benign weight upon her husband when they do get together! Much to the boys' dismay, and against sustained protestations, a weekend camping in the countryside with a borrowed caravan is swiftly arranged.

However, the girls' blissful weekend of rambling and sight-seeing goes quickly off-piste with their partners' involvement! Between getting lost on a huge camp site, torrential rain and the boys' evident boredom, the get-away is far from serene. And when Bob and Terry decide to take matters into their own hands, things just go from bad to worse...

Production company
Soundtrack
Lyrics for the theme Remember When were written by Ian La Frenais. All music composed by Mike Hugg.
Laugh track
None