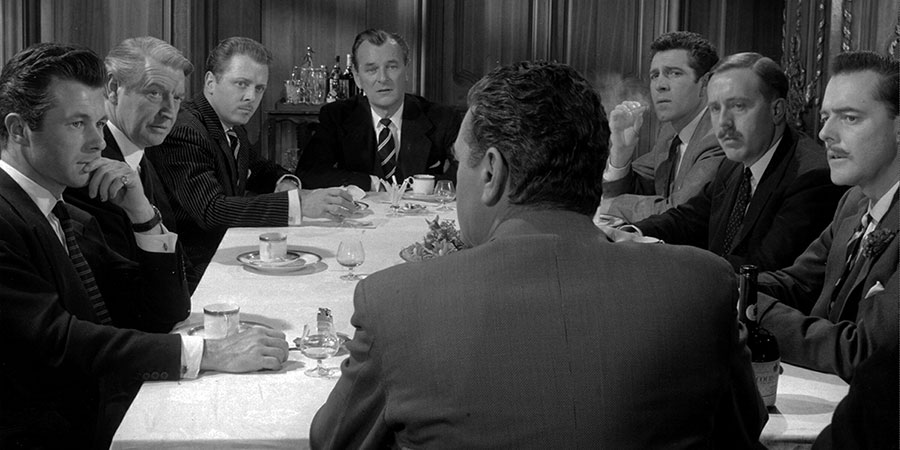 In the prime of middle age and unceremoniously redundant after 25 years' faithful service to the military, Colonel Hyde feels understandably peeved. But reading an American crime novel gives him inspiration for an audacious bank robbery: executed with military precision, the first of its kind in Britain.

Using his last days at work to scour archives for suitable candidates, he assembles a crack team of seven similarly embittered, or just plain bankrupt, former military men - each expert in his own field, from radio communications to explosives.

After more than a year's meticulous planning, Hyde assembles the misfit group of strangers and asks their assistance. More than a million pounds could be up for grabs: a guaranteed minimum of £100,000 each. Each man has been trained at considerable taxpayer expense with exquisite discipline and craft.

If they agree to join him, this could just be the perfect crime.