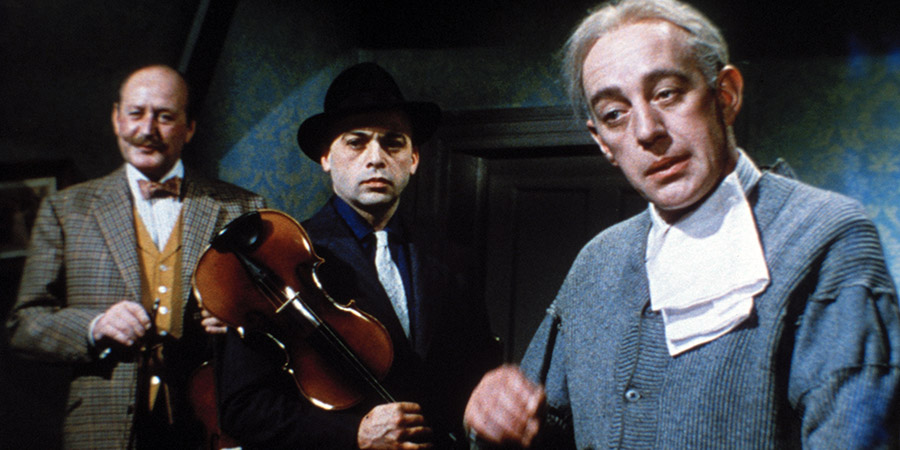 Mrs. Wilberforce is an eccentric old lady who lives in a house suffering from subsidence near King's Cross Station. She is offering rooms to let, an offer which is taken up by the sinister Professor Marcus.

Marcus claims that he wants to use the rooms so that he can practice with his string quintet, consisting of Major Courtney, Harry Robinson, 'One-Round' Lawson and Louis Harvey. In fact, they are armed robbers who manipulate the unwittingly naïve and intrinsically honest Mrs. Wilberforce into helping them steal £60,000 from a bank delivery van.

Having pulled off the scheme with aplomb, the gang are about to make their exit when one tiny blunder leads Mrs. Wilberforce to discover what is going on. Failing to convince her not to go to the police, they resolve that the only way to get around the problem is to kill her - but does anyone have the guts?