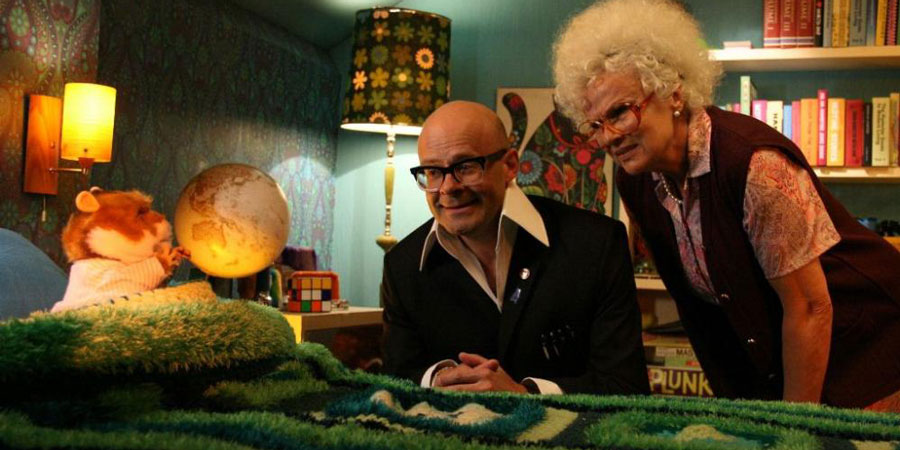 What would you do if you thought your hamster only had a week to live, your chickens are attacking you with machine guns, and your Nan is just not giving you the space to spread your wings?

When Harry and his petrol drinking Nan discover their hamster is seriously ill they set off on a road trip to Blackpool pursued by a lunatic vet.

Along the way, Harry falls in love with an undersea shell person, witnesses canine superstars The Dachsund Five, and meets indie rock band The Magic Numbers - who run a B'n'B. It all culminates in a fight on top of The Blackpool Tower.

Who could be behind it all? Could it be Harry's evil twin Otto, who was separated from Harry as a child and brought up by alsatians?

Based on a 'true story', it's all singing, all dancing family entertainment from the big collared loon himself.