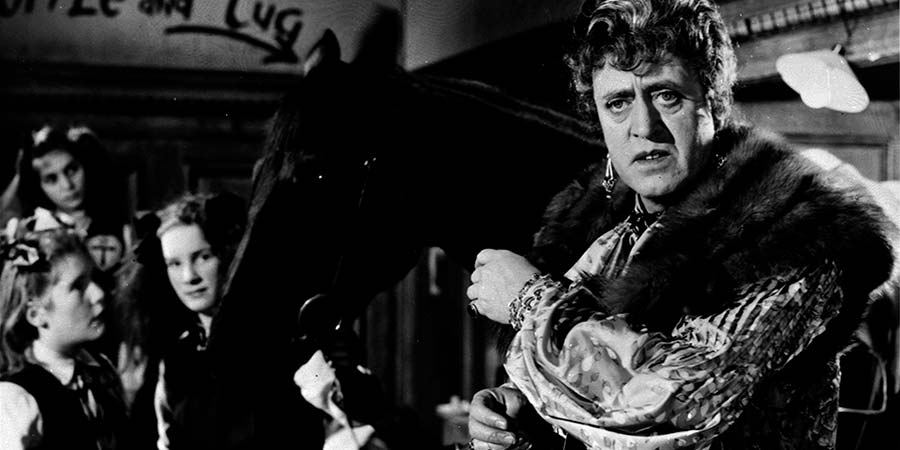 The Belles Of St. Trinian's

The first film set at the infamous school. The girls of St. Trinian's find themselves involved in a horse racing scam

St. Trinian's School for Young Girls is possibly the most infamous school in the world. It's a riot - literally, with the girls involved in seemingly every criminal activity, from arson to making illicit gin.

At the start of a new term, an Arabian sultan has sent his daughter Fatima to the school, pleased that it is in the same county as where his horses are stabled.

The mistress of the school, Millicent Fritton (Alistair Sim), is in a lot of trouble. The school is in debt, and she has had to accept back her expelled niece, Arabella, to get some of her bookmaker brother Clarence's money.

After discovering how good the sultan's new horse Arab Boy is, Clarence organises for it to be kidnapped by his daughter's gang so that he does not lose too much in the Gold Cup.

However, with Princess Fatima's £100 having been placed on the horse's win in order to clear the school's debts, and a number of girls having made bets of their own, it's the staff and 4th form vs the 6th form to keep - or return - Arab Boy in time for the race!