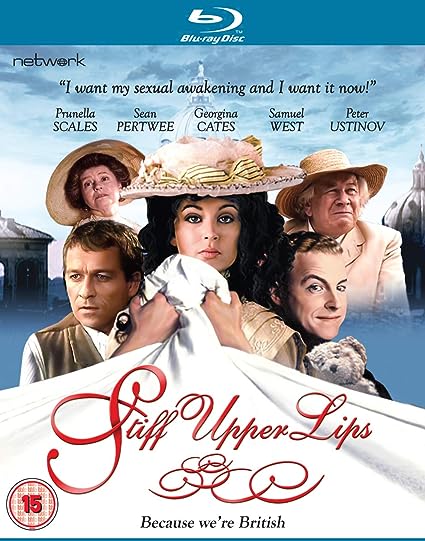 An affectionately wicked parody of the British costume drama genre by writer/director Gary Sinyor, Stiff Upper Lips stars Peter Ustinov (in one of his final roles) alongside a stellar cast that includes Prunella Scales, Georgina Cates, Samuel West, Brian Glover, Frank Finlay and Sean Pertwee. No cliché is left unparodied in what Time Out calls "frequently silly, consistently spot on, and beautifully acted - this may be obvious, but it's a delight ... Spiffing!"

Ivory Hall, England, 1908. Aunt Agnes is desperate to marry off her spoilt, virginal ward, Emily. But Emily's momentary dalliance with a rough villager frustrates Auntie's choice of effete suitors and a Grand Tour of Italy and India is undertaken in a last-ditch attempt to loosen Emily's scruples...