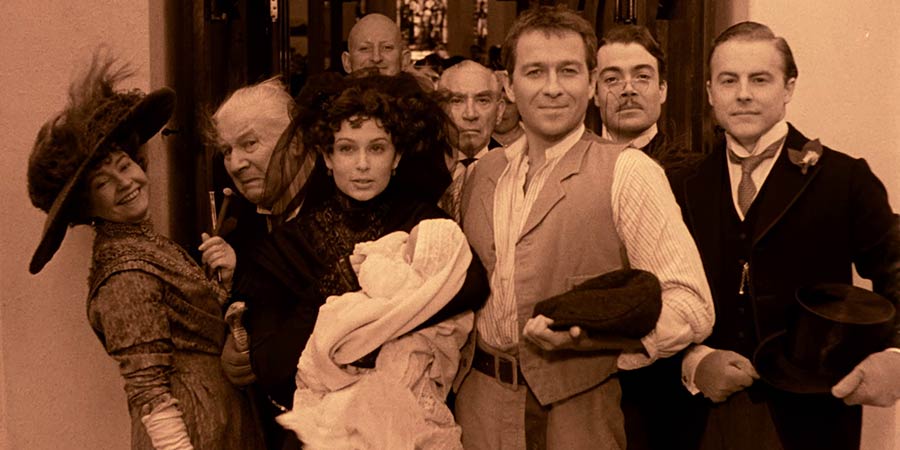 Having already turned down the advances of the local vicar for his altogether far too bushy eyebrows, 22 year-old Edwardian aristocrat Emily Ivory finds herself subject next to the attentions of one of her brother Edward's best friends, Cedric. However, although intelligent, reasonably attractive and certainly of a suitable social class, he is frightfully boring.

Accidentally falling into a lake whilst spying on Edward and Cedric talking about her, Emily's life is saved by a local peasant, George. The two find an instant chemistry, but love cannot cross such a gaping social chasm.

Under the care of their aunt Agnes, Emily and Edward - plus Cedric, and hiring George as a more able (and amiable) butler than their own servant at Ivory Hall, Hudson - head to Italy: Agnes hopes that the more exotic location, beautiful scenery and temperate weather will inspire the blossoming of love between Emily and Cedric.

However, it is not long before Cedric's meek manner is exposed once more, and again it is George who rushes to Emily's rescue. As the party extend their trip to Imperial India, even Agnes appears to fall subject to the spell of romance in warmer climes. But it remains to be seen whether love will win out or whether strict social divisions still rule the day.