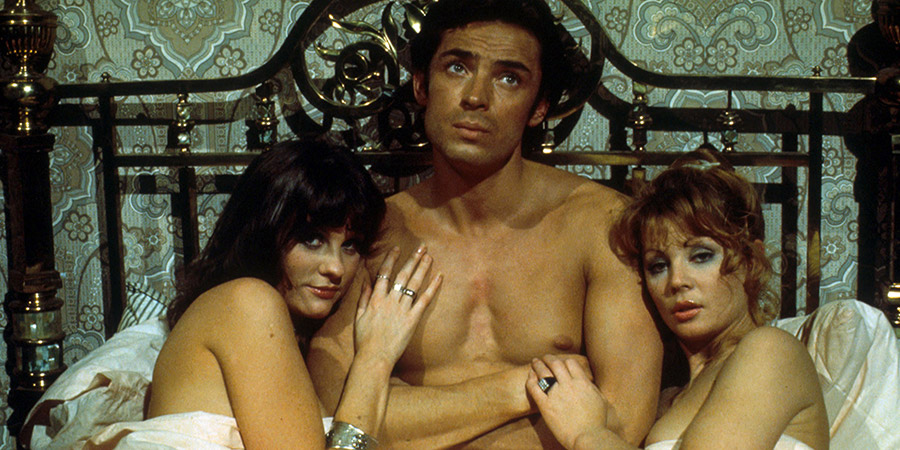 After a massive chemical pollution accident, only one man in the world is left able to get an erection

Undergoing a high-profile court case in which he is being sued for divorce by his wife on the grounds of many-times-repeated adultery, Percy Edwin Anthony, infamous recipient of the world's first penis transplant, makes a run for it. Taking to the ocean with a number of crates of finest Bollinger, he disappears into the sunset in hope of putting off a return until his notoriety has died down.

Almost a year later, and Percy's pecker will tolerate this self-imposed celibacy no longer, so he heads to the nearest port, somewhere in South America, in search of a bordello. Unbeknownst to to Percy, however, the intervening months have seen the world's water supplies polluted with a US military-developed poison that makes all men impotent. Having spent his time drinking through the perfectly clean champagne, this leaves Percy as the only man on the planet still able to rise to the occasion!

It's not long before the British Government, and in turn the UN, find out about his now unique talent, after which Percy finds himself held captive by the military - albeit in a plush London hotel - and forced to sleep with one woman from every country on the globe in order to keep the population growing. But frustrated by his incarceration and unable to spend time with any of the girlfriends he'd rather be in bed with, just how long can Percy keep going?