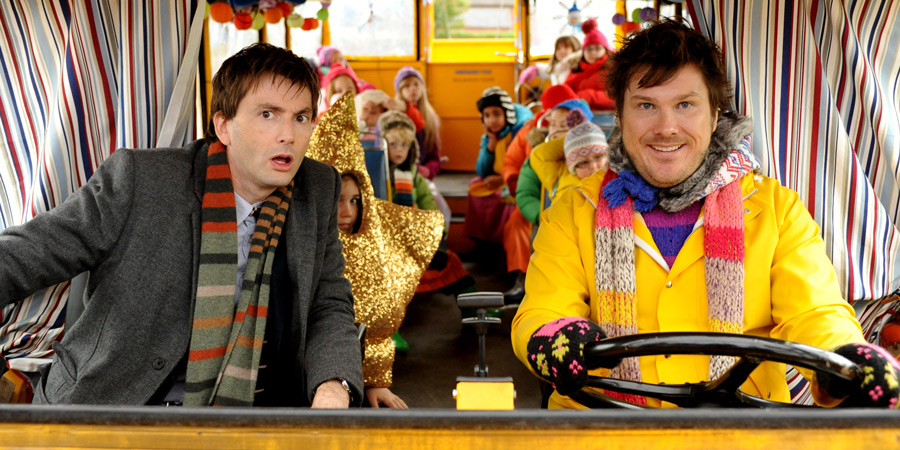 Nativity 2: Danger In The Manger!

Comedy sequel starring Marc Wootton and David Tennant. This year, the pupils of St Bernadette's intend to compete in a national singing competition

This Christmas, the unforgettable pupils of St. Bernadette's have set their hearts on competing in the national choir contest, 'A Song For Christmas'.

But with the headmistress not in favour of the plan, new supply teacher Mr Peterson has the unenviable task of trying to curb the hysterical enthusiasm of the kids - not to mention Mr Poppy - but reluctantly finds himself getting swept along!

Over land and water, charting mountains and caves and with a donkey in tow, the gang learn to conquer their fears and work as a team tin their quest to get to the competition in time.