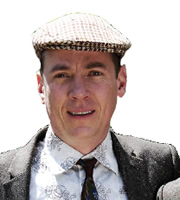 Harvey is a hothead. The elder of the two brothers, he acts first and thinks later. Energetic, passionate and unpredictable, trouble tends to find him rather easily. His failing acting career has led him to pursue other avenues of revenue, something which is about to catch up with him. 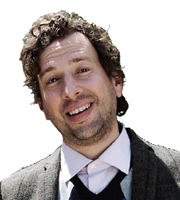 Matt is a dreamer. Easy going, kind, and likeable, he makes friends easily but is more interested in an easy life than being the best he can be. Recently dumped by his long-term girlfriend, Matt is a little bit lost. With nothing to lose but his luggage, he has reluctantly agreed to accompany his brother to England. 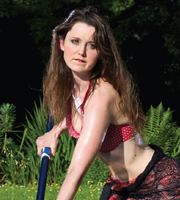 Very much a country girl, Lucy is also of another time. Having lost her parents to a freak accident when she was young, Lucy is now devoted to her grandmother who effectively raised her. Also a dreamer, she falls in love easily and moves with the wind. She is, however, a little sharper than she appears. 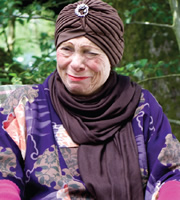 Whilst recent years might have taken their toll leaving her wheelchair bound, Nana still has a glint in her one remaining eye. Having brought Lucy up single handedly since she was 5, their bond is now more one of scheming sisters. Despite her failing legs and eyesight, she retains a sharp wit and a keen radar for trouble. 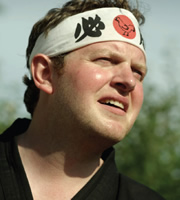 Geoffrey is the Sparks brothers' agent. He once harboured dreams of being an actor himself, but was forced into the supposedly more 'stable' career by his domineering battleaxe of a wife. He is as British as a lump of Cheddar and has an equally 'mature' dress sense. Whilst he can't be trusted to put his trousers on the right way, he really tries. Geoffrey ultimately just wants to be useful. 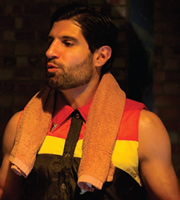 A man of no fixed address, Seven has been on the move all his life, leading to an accent that's impossible to place and personality traits that are totally at odds with his threatening physical presence. Lost in the world, he anchors himself in a lifestyle of crime and gets off on the power he is able to exert over those he can control. 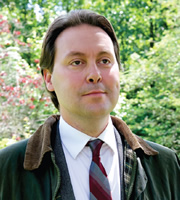 By all appearances Rupert Sword is a family man, a local property entrepreneur with a keen eye for a good deal. In a recent interview with Total Country magazine he listed his interests as "a good game of croquet, a strong whiskey, and building orphanages." 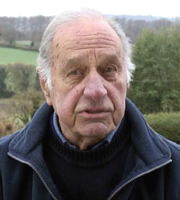 A legend in his heyday, there is scarcely an award that Sir Buster didn't get his hands on. He was always very fond of his grandsons, as made evident in his last will and testament. His untimely death has, however, left behind some pretty big acting shoes, ones that his grandsons Harvey and Matt have thus far struggled to fill.