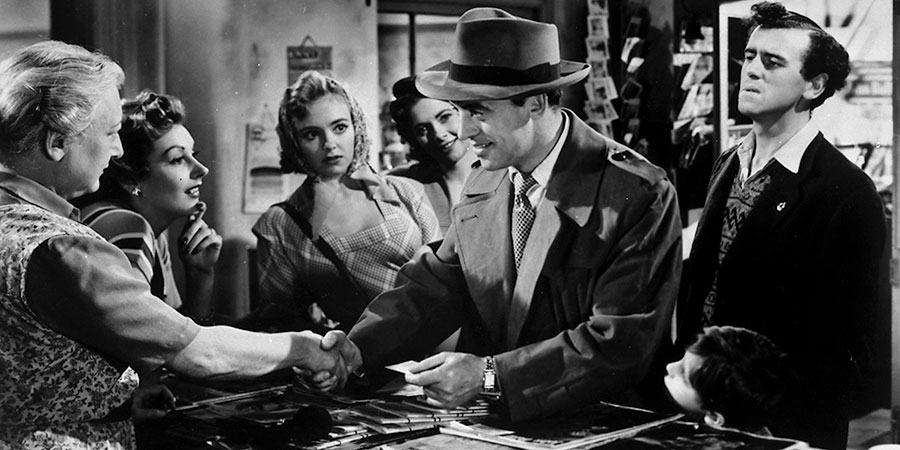 After being scouted for a beauty contest, small-town girl Marjorie quickly falls in over her head

In a modern industrial town in England's midlands, the annual pageant is set to focus on "The Midlands Through the Ages", with a local girl taking the place of celebrated Anglo-Saxon heroine Lady Godiva - who famously rode naked atop a white horse through the streets of Coventry - the casting of whom is to be decided with a beauty contest.

Against her boyfriend Johnny's wishes, to her father Thomas's horror, and with her best friend Janie egging her on, naïve but beautiful waitress Marjorie Clark joins the running on a whim - and is declared the surprise victor! The newsagent's daughter is rocketed to local fame, and although not actually baring all to the world, her boyfriend and father are not too pleased with the additional attention the town pageant brings the family and business.

Marjorie's world really begins to change when she is scouted to take place in a major national beauty competition and the chance to become the face of a leading soap brand. Her mother and sister are quick to accept on her behalf, and the opportunity to do something different (never mind the mink coat, film school contract and £1,000 cash prize-bundle on offer) means Marjorie doesn't take much more persuading herself.

With her father in dark over the latest developments in her new "career", Marjorie, Johnny and Janie head to Westbourne-on-Sea where the contest is due to take place. She soon befriends fellow competitor and seasoned circuit pro Dolores 'Miss' August, who begins to open her eyes as to the nature of the world of beauty contests and the demands that go with it.

However, the context has secretly been fixed by its promoter, and Dolores has been pre-chosen as the winner with a far less generous prize offering: but having caught the eye of a wealthy Australian businessman and his friend, she soon receives a far more attractive offer and shrewdly arranges for Marj to take the crown.

For Marjorie, her success is a double-victory. Not only has she not been primed to accept a lower prize by the organiser, but one of the judges is none other than her crush, heart-throb film star Simon Abbott. His involvement, together with the film school prize, are sure to propel the newly nationally acclaimed "Fascination Soap Girl" to lasting fame - if only the nature of celebrity were that sure, and quite that easy...