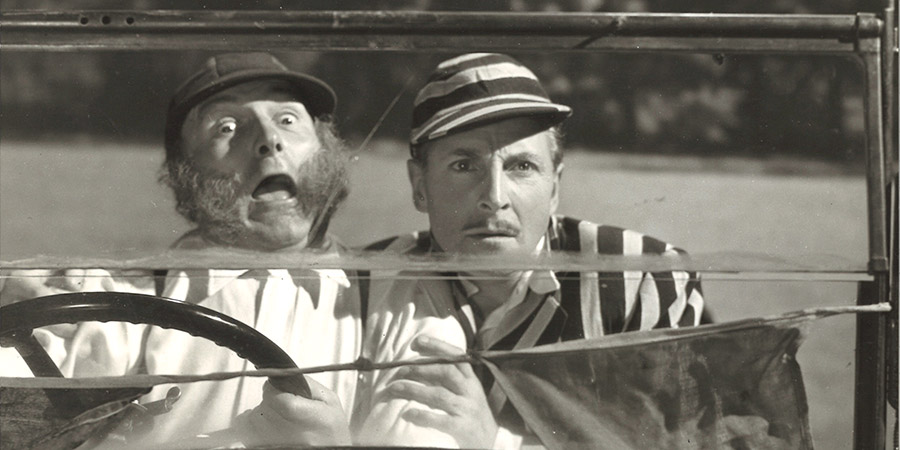 Kicked out of the military, a pair of twits establish their own private detective firm and unwittingly find a stolen diamond

The war has ended and the Nazis have been defeated. But Europe remains in ruins, and for the British military still stationed on the continent overseeing clean-up operations, life is tougher. Tougher still when a notorious Nazi, Otto Fisch, escapes prison.

Army pals Major Bright and Captain Early fall prey to this master of disguise and fluent English-speaker when returning to England on leave. But they only get as far as Folkestone before a more senior officer recognises their new batman's real identity! It's not long before the pair are demobbed for allowing him to slip into the country freely: they are supposedly in intelligence, after all!

Back in London, Bright and Early set about finding new civilian occupations for themselves, and resolve on establishing their own private detective agency. Having found a famous actress's missing dog, it's not long before the disastrous duo are unwittingly on the trail of Fisch once more - and now he's got a stolen diamond to conceal.