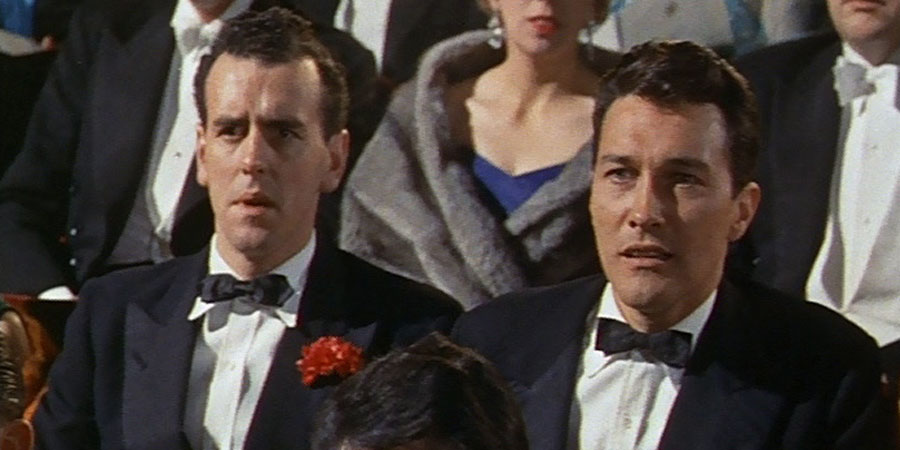 It's A Wonderful World

Stick in a tiny one-room bedsit with their landlady demanding weeks of overdue rent, the pair are trying to flog their latest composition to someone in London's music industry - and having as much luck as ever: none.

When Ray gets a job interview at one record company - albeit for a lowly position - however, their luck begins to change. Helping out the company boss and big band leader Ted Heath at a moment's notice, the piano whizz is soon in their good books, and in a great position from which to try to push his own work.

Meanwhile, Ken has his own plan to get noticed. When fiddling around with a record-player, he accidentally discovers the strangely melodious tones of a well-known composition played backwards. Down on his luck and with little else to lose, he comes up with a crafty plan to pass it off as the work of a reclusive Italian genius and dupe Tin Pan Alley into a lucrative record deal.

Things aren't quite so rosy in the flat though. Ray's job may mean the pair can avoid being thrown out, but a new neighbour singing loud scales all day is driving them potty. She sounds like a mad old bat! A confusion over a shared washing-line, however, leads the two to put a face to the voice: beautiful French girl Georgie is the songstress with something to prove.

Between her voice, Ken's plot and Ray's new 'in', surely success is just around the corner? Well, either that or complete ruin...