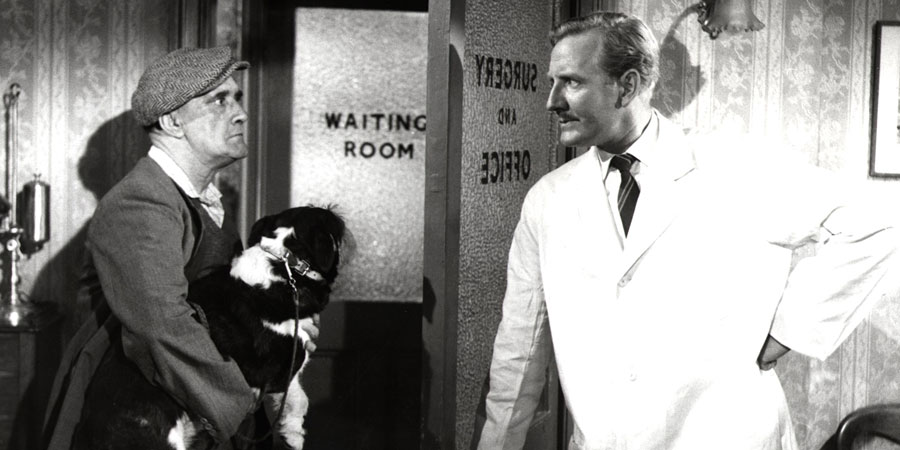 Comedy about the rivalry between two newly qualified vets

Coming across a small establishment in a quiet London Mews, the current proprietor seems only too eager to sell. James is quickly installed as the practice's new owner, and with it come a multitude of clients - most of whom seen keen to have their pets put down for one reason or another. Having trained long and hard to treat animals he refuses each request, and instead tells the owners he will find their pets new homes if they no longer want them.

Disillusioned on only his first day, Fox-Upton heads out for a walk and soon meets a charmingly boisterous RSPCA Inspector by the name of Josephine. The pair immediately strike up a friendship and, after a few drinks in a local pub and promise of help in rehoming the animals now filling up his garage, they depart.

Only just around the corner and slightly tipsy, he happens upon a local theatre where a woman-and-chimp act is currently performing. No sooner has he argued with the performer, Sally, over the confinement of her animal, than he spots the 'Hairy Houdini', Rosie, escaping through a dressing room window and running off down the street. Giving chase, Fox-Upton stumbles into a womens' bath-house and is swiftly arrested for his apparent lechery, drunkenness and assault on a member of the clientèle - after all, who would believe an escaped primate is the culprit?

Meanwhile, James's old college buddy-cum-rival, Skeffington, intends to establish himself as the one-man Harley Street of the veterinary world and turns a beautiful town house just around the corner from Fox-Upton's business into a new practice of his own. His flashy manner and fancy techniques aren't loved by all, however, and one irate husband blackmails the less-than-honest vet into going into business with him on an illegal venture to sell cheap horse meat to the French - setting Jimmy up as their stooge!