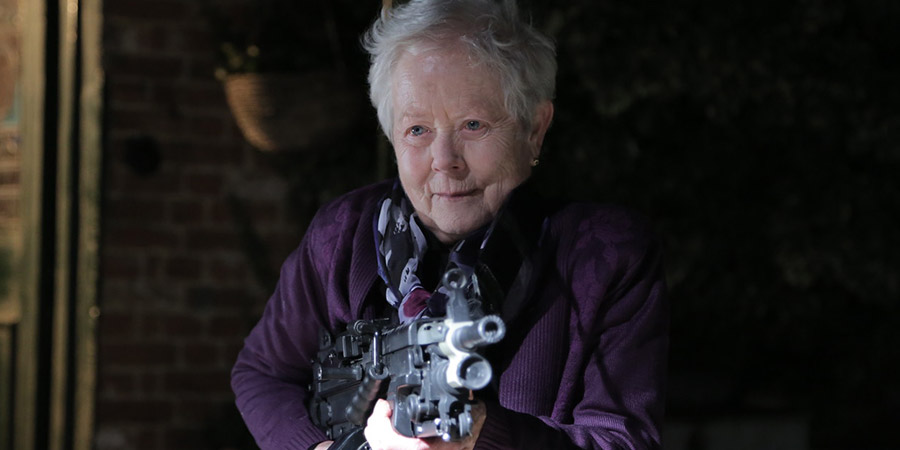 In a quiet country farmhouse, Britain's vampires gather for their once-every-fifty-years meeting.

Others will be joining them too: unwitting Essex boy Sebastian Crockett, whose promise of a night of passion with ravishing cougar Vanessa quickly turns into a fight for survival after she decides to introduce him to some of her friends...the coven of hungry vampires.

As if Sebastian's night couldn't get any worse, a heavily armed band of Vatican-hired mercenary vampire hunters led by the steadfast Captain Bingham, crashes the party - and much like the vampires, they're out for blood.

It's going to be a night to remember.