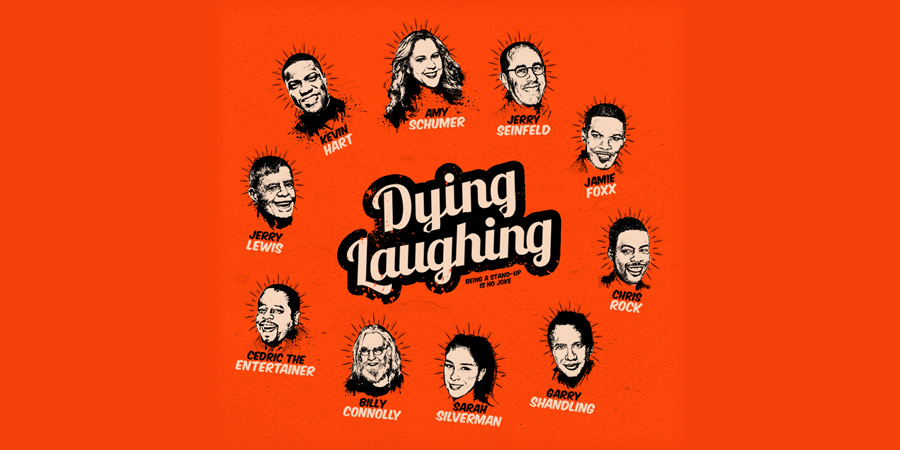 Dying Laughing is a candid look at the complicated and fascinating lives of some of the world's greatest stand-up comedians. "A beautiful, moving, funny and unique feature length documentary on the agony and the ecstasy of making people laugh."

A stand-up comedian must be the writer, the director and the star performer - and in stand-up there is no rehearsal, no practice, no safety net as it only works in front of a live audience, with feedback being instantaneous and often brutal. For many baring their soul on stage and having an audience boo would be a life-changing trauma, for stand-ups it's a regular challenge.

Original interviews are interlaced with stunning footage of the road, the comedy clubs and the world from a stand-up's point of view to reveal the lives of these remarkable artists.