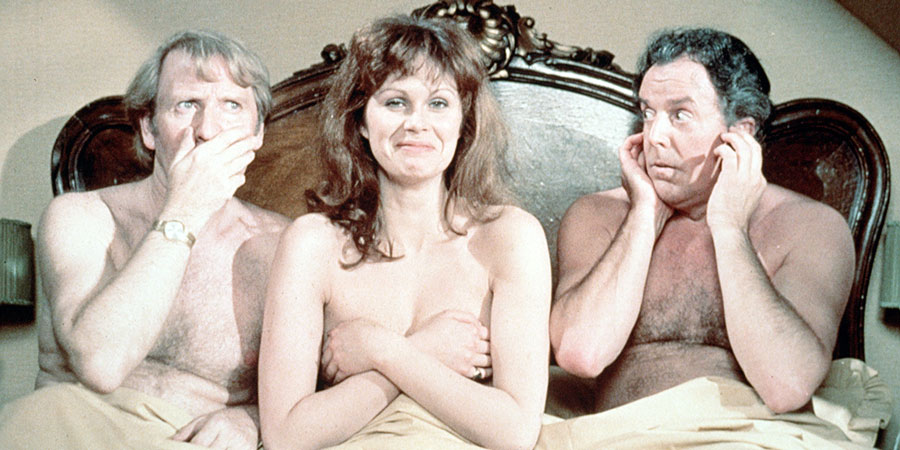 Don't Just Lie There, Say Something!

Farce based on the hit play about a pair of MPs, their anti-filth Bill, a wedding and an extra-marrital affair

Prominent cabinet minister and anti-filth campaigner Sir William Mannering-Brown is, it seems, somewhat of a hypocrite. Despite publicly decrying the age of free love and permissiveness, he's conducting an affair with none other than Wendy, the wife of a tabloid journalist.

His Parliamentary colleague and co-author of a new Bill intended to quash the exuberances of the permissive youth, Barry Orvis, meanwhile, is about to get married to his long-standing fiancée. An ideal opportunity, then, for a group of youthful agitators to plot to kidnap both men and scupper the legislation!

Sir William, meanwhile, is planning an evening with Wendy until Orvis's disappearance causes her reporter husband to be on alert. Her cancellation leaves him somewhat at a loose end until he realises new secretary Miss Parkyn rather fancies him! Returning to his flat, things begin to get more than a little complicated when Orvis's fiancée arrives; a police patrol spots suspicious activity at an upstairs window; ancient opposition MP Wilfred Potts gets locked out of his own nearby apartment; Wendy discovers she is free after all; and the youths are still intent on getting some incriminating evidence to scupper the Bill!