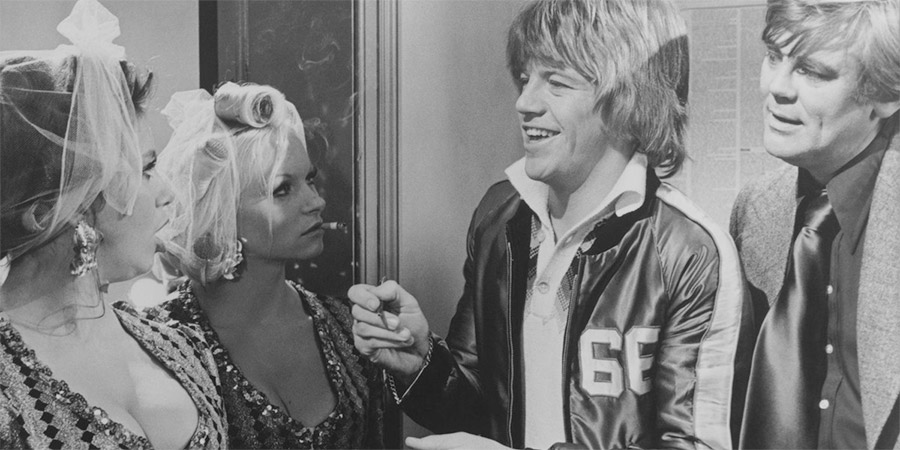 Confessions Of A Pop Performer

His window cleaning enterprise straining in the glare of a string of irate husbands, Sid Noggett is on the lookout for a new venture: and he fancies that a foray into the music business could be just what he needs.

Overhearing a new band playing their stuff in the pub where his wife Rosie works, Sid swoops quick to sign 'Kipper' and get them some major radio airtime. With the help of one of his former domestic customers, who remains incredibly fond of him and whose husband works at a record company, it's a sure plan for success - even whilst assisted by his error-prone brother-in-law, Timmy Lea.

Timmy is similarly enthused by the project, and sets out keenly to help make some valuable connections. However, he finds himself as bafflingly irresistible to women as ever, and when he sits in for Kipper's incapacitated drummer at a trial showcase performance in front of some industry bosses, Tim's sex appeal goes off the scale: it seems quite a number of people think he's Mick Jagger!