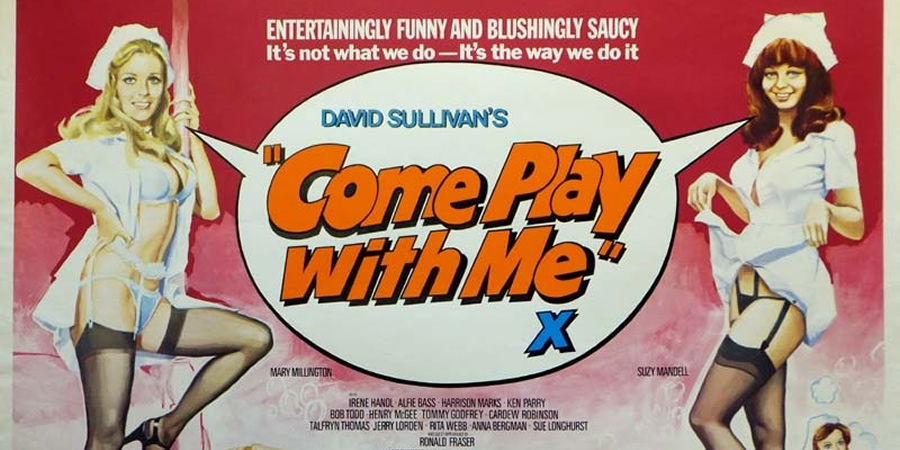 Come Play With Me

'Sexploitation' genre comedy and Britain's longest-running film, having played at one cinema for 201 weeks

At London's trendy Burlesque club, the boss is miffed that his money forgers have scarpered with their equipment.

Meanwhile, at the organisation of the owner's nephew, a group of beautiful striptease performers currently out of work during Paris's low season, return to Britain and set their sights on turning around Scotland's struggling Bovington Manor Health Farm with a unique approach to rest and relaxation!

However, by pure coincidence of its middle-of-nowhere location, Bovington happens to be where the forgers are hiding out...